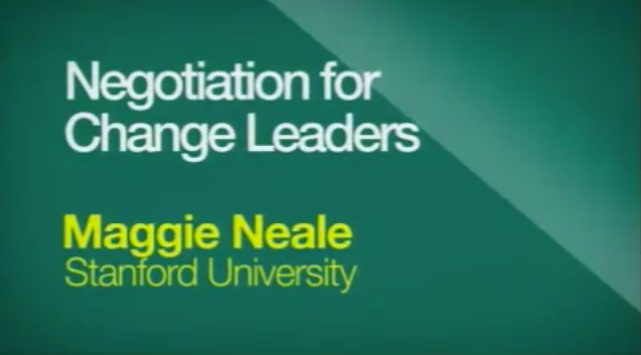 AUDIENCE MEMBER: I can shout.

MAGGIE NEALE: No, you have to actually talk.

AUDIENCE MEMBER: Would you quickly please go over the the stuff that you heard on NPR.

MAGGIE NEALE: The stuff that I heard, oh. What it said was, is that there have been subsequent studies done because there’s been a lot of challenge in the psychology literature. Some of the studies have not been replicated and they have actually found, one situation it happened in Berkeley if you happen to be an asian woman in Berkeley you’re free from this because it turns out that identifying the age, in Berkeley when they divided women into two groups asian women, identified their asian identity or their female identity, they found no difference, but it still worked in the Midwest. So they don’t know the answer yet, but it’s still good enough they were going to keep going with it.

AUDIENCE MEMBER: Do you think that these studies that are in a sense like confirming a status quo are they contributing to stereotyping like when we like hear some of these studies that’s sort of showing how things are right now. Does it then contribute to like more, are we contributing to the restrictive stereotypes than by like making this more science as opposed to pop culture?

MAGGIE NEALE: Well I think one of the things that is, unless we know these effects we don’t have anything to push against. And so one of the things I think is interesting and one of the reasons I use these studies is to show that this is what stereotypes do. Rather than this is what the world is like. And that if we can change our perspective. if something as simple as changing my name like put a fake name on the test, which of course I know has some other issues but it changes the stereotype. Then there’s got to be ways we can change, what I’m really trying to focus on and I think these studies do is they say that basically these stereotypes are not destiny. We have a choice. In the back there. You guys can run around. I don’t really need to point people out.

AUDIENCE MEMBER: I think it’s me.

AUDIENCE MEMBER: Way in the back here.

AUDIENCE MEMBER: Is it better to be liked or respected if you’re trying to negotiate?

MAGGIE NEALE: It’s a challenge that women face is the paradox between being liked and being respected. It turns out that may I suggest that this collaborative problem solving perspective mitigates the not liking you problem when you negotiate because what is the challenge that women face is we are seeing too demanding, gritty or not nice it make people uncomfortable. When I solve them their problems it makes them happy. Because I’m helping them solve their problems. So what it means is I need to be more strategic. But yes it is by the way, we inculcate those norms. And so let me suggest to you is you can consider as you move up in the organizations whatever organization you’re in if you want to be liked as you move up through the organization I have the perfect solution for you. Get a dog. Because if you are a successful leader there will be people who will not like you, because you will be stepping on their toes. That’s the nature of good leadership. And so if you really want to be liked truly my dogs love me more than almost anything and anybody and I’ve been married to the same guy for 34 years. Okay Thank you uhm.

AUDIENCE MEMBER: his has been great by the way, thank you so much. I’d like a little bit of your thoughts. I mentor a lot of young women specifically in the area of negotiation and you’ve got a lot of really good tid bits I’m going to use. But one area that I always find difficult is when a young woman is faced in a negotiation with a particularly difficult person who’s just one of those people that is all about winning and when a woman takes that difficult negotiation too personally. And I just want to know what your advice and counsel is that you give to folks in those types of situations.

MAGGIE NEALE: One of the things I tell the people is that if my counterpart really really wants to win I will have done my homework enough, that I can give them the sense that they’ve won, when in fact I’ve walked away with more value. So what that means is is that I need to understand what motivates them and frame my proposal in how they’re going to win. I need to help move them in a direction that lets them think they’ve won when in fact I’ve walked away with more of the value. And I think there are a lot of opportunities for that. What you shouldn’t do and I don’t think anybody should, it’s not just young women nobody should. Let’s do a battle now. We’re going to bump bellies and see who is going to win. Let me tell you though. What happens there is that both parties do worse. Where you get the most value creation is when a high power player negotiates with a lower power player. There you get coordination in value creation. And the low power player who gets less than the high power player who can admit that, gets more than if they were a high power player against a high power player. Or a low power player against a low power player. So it turns out that being in the low power position has some benefit. Because it makes you motivated to create value. And I’m now getting pulled off the stage.

BOBBY SCHNABEL: Not quite, stay here.

MAGGIE NEALE: Thank you very much.

BOBBY SCHNABEL: So, in spite of my day job being a dean, I think that was a wonderful talk, and we got a really good deal from Nordstroms.

MAGGIE NEALE: Thank you, thank you.

BOBBY SCHNABEL: And now it’s my pleasure to welcome up here the co-founder and CEO of NCWIT, Lucy Sanders.