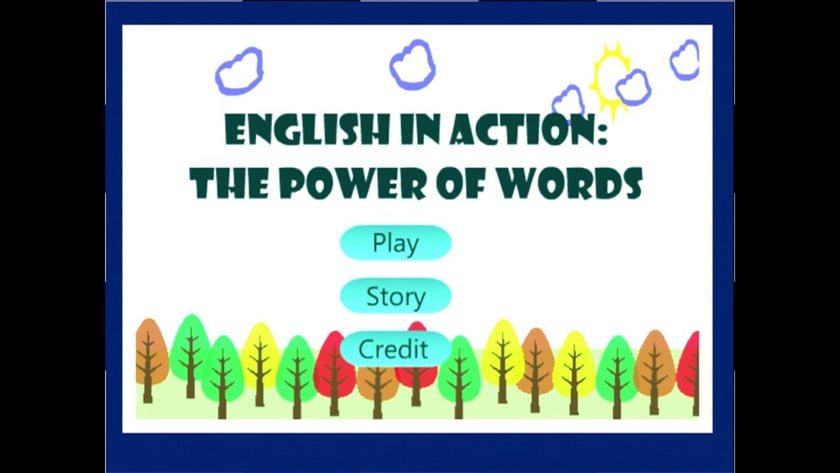 JEFFREY FORBES: So, we’re going to go through each of the speakers. As I invite each of our speakers up to the stage, please hold your applause until his or her talk is completed. First up, we’re going to have Empowering Latinas in Computing, that’s by Idit Harel-Capelton, who’s the Founder and President of Globaloria and the World Web Workshop, and also Jennifer Argüello, who’s the Executive Director of Latino Two. [audience applause]

IDIT HAREL CAPERTON: Hey, my name is Idit, and I’m the President and Founder of the World Wide Workshop and you can tweet your questions to me @idit.

JENNIFER ARGÜELLO: Hi, I’m Jennifer, and I’m the Executive Director of Latino Two, and the Chair of the Advisory Board of Globaloria in Silicon Valley. You can tweet me @ngjenn.

IDIT HAREL CAPERTON: So through my partnership with Juan Sanchez, who is the CEO of Southwest Key, the largest non-profit in Texas, and through my work with his faculty at EA-Prep, I became familiar in the last four years, with some of the pressing issues of Latino kids, and what they’re facing throughout the Nation. Through our work in East Austin, Texas, and also in San Jose, California in the last two years, I became familiar with the huge opportunity gaps that exist in those two low income, economically and technologically underserved communities for Latino kids and youth. So all youths in the Nation actually have computing education crisis, but I’ve recently learned from my friend, Jennifer, here, that Latino population which is rapidly growing, still remains under-represented in the same workforce and computing in particular.

JENNIFER ARGÜELLO: So in the Silicon Valley, 25% of the working population is Hispanic, but only 5% is part of the actual computer workforce. And this is scary ’cause I grew up there, so I saw it. So, similar disparity is also in many of the communities around the United States, and it’s only gonna get worse, because the Hispanic population is growing. Today, it’s 17% and in 2050 it’s projected to be 26% of the population.

IDIT HAREL CAPERTON: But, Latinos only make up 8% of the STEM professionals, and our little non-profit, the World Wide Workshop, has been working in schools, after school, summer camps, and different programs in California, New York and in Texas, racing to figure out best solutions for computing education to this largest, exciting, youngest, fastest growing community. Because if you want to remain competitive global leaders in technology and computing, we have to really make sure that we serve these Latino kids, because there will be two, three jobs available upon graduation, and it’s going to double in the next 10 years. So, what do we need to do to empower Latinos and Latinas in computing. Jennifer was just one of two undergrads in UCSC in Computer Science, and this is really silly, because we know girls can really do all that stuff.

JENNIFER ARGÜELLO: So what are the barriers? There’s limited access to technology and good STEM curriculum. There is negative perception of STEM fields, it’s just not cool. And there’s an absence of role models and mentors. Can we solve this problem?

IDIT HAREL CAPERTON: Ah, ya! I believe we can solve it. We actually developed Globaloria as a alternative solution. We have found that availability of engaging STEM and Computing Education starting young is key to preparing these youth to high quality STEM jobs. So, we have seen that empowering these communities by making games and coding games, working in teams, providing cutting edge STEM learning system can really work. And we also found it to be very effective for English language learners.

JENNIFER ARGÜELLO: So students get in to STEM by creating educational games on topics that are important in their community. And teachers can use Globaloria in core or in enrichment courses, and align with common core ISTE nets and Next Generation Science Standards. So other organizations working in this area are, Society of Hispanic Professional Engineers, Latinas in Computing, Level Playing Field Institute, just to name a few.

IDIT HAREL CAPERTON: All these organizations and all these programs really empower access and opportunity, and they are core to empowering these Latina girls in STEM. We need to give them a chance to see that they can succeed, they can transform their own self-perception about their interests and their abilities. So, here is a great example, we are stuck, okay, here is a great example.

JENNIFER ARGÜELLO: Truth. So here comes a great example of a game that was built by an all-girls team in a high school that is 80% Latino. They did this as part of their, here it is, they did it as part of their English language learning arts class. And so, they were in a low income school in San Jose. So the next scene that you’re going to see is built by an all-boy middle school team, where they are from a population, yes there’s a little gender disparity in terms of types of games. [audience laughing] It’s 82% Latino in their school, and 64% English language learning, but what I love about this is that you see both girls and boys in Globaloria classes. So you see that gender parody happening.

IDIT HAREL CAPERTON: But it’s not just about how the students progress and perform in computing, it’s also about their teachers. An empowered teacher is part of our success equation. We must provide training and mentoring to teachers to master blended learning. And a typical Globaloria t-page allows progress and tracking and dashboards for both teachers and students. So, we know that Latino kids are facing serious challenges and a lot of issues when it comes to computer education, but we need to give quality access to quality courses. And we have data to show that certain programs work well to increase their participation, their passion and their skills. Thank you National Center for Women in IT to give us an opportunity to present our programs. [audience applause]

JENNIFER ARGÜELLO: Well, coming from someone that learned how to program at six, it really works when you start young.