2013 NCWIT Summit – Flashtalk, “COMPUGIRLS: What We Can Learn” by Courtney Besaw and Daysha Edgerton

"COMPUGIRLS: What We Can Learn": Courtney Besaw and Daysha Edgerton, COMPUGIRLS graduates
from NCWIT 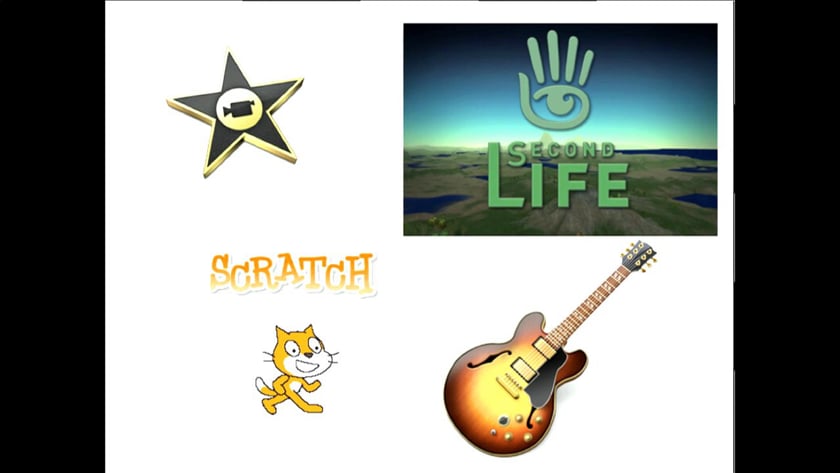 JEFFREY FORBES: Next we’re going to hear from some of our younger speakers Courtney Besaw and Daysha Edgerton are going to speak about COMPUGIRLS. [audience clapping] So, they’re both COMPUGIRLS with graduates and they’re gonna tell us what we can learn from the experiences of two girls in a culturally relevant technology and activism program. Good job guys. [audience clapping]

COURTNEY BESAW: And we’re here to talk about a program a technology and social justice program called COMPUGIRLS that we are a part of and talk about some of the things that we learned in the program and some of the things that we can all learn from our experiences within the program. So first and foremost COMPUGIRLS is a culturally relevant technology program for girls from high-needs schools. Which just means COMPUGIRLS gives girls from low income schools access to technology that they don’t necessarily have at home, while teaching them about social justice and how to positively impact their community. So COMPUGIRLS combines technology, social justice, and community activism. It teaches the girls how to research a social justice topic that they choose. It gives them the resources to create a new way of presenting a topic and then actually gives them the opportunity to go out in their community.

DAYSHA EDGERTON: Why diverse girls? Because girls are less likely, with less opportunities, are less likely to go into, to get a job in the STEM field.

COURTNEY BESAW: Now I get to talk a little bit bout me. I come from a low income home. My mom raised my brother and I by herself while going back to school and trying to work at the same time. So she was doing a lot. So we didn’t have all the same access to same technologies that a lot of other students my age had. So COMPUGIRLS became a place where I knew girls were going through the same stuff that I was going through. And they were always there to learn more about technology and learn about their communities, which was really nice to be able to have that sense of community within the program. Getting to learn how to program, how to create movies was really neat also. So, my favorite thing was Scratch. ‘Cause programming sounds really difficult. It sounds really hard especially when you’re a 15 year old girls who’s never even touched a computer like that before besides to use Word. Programming was really neat to be able to do. And Scratch is the perfect tool to be able to do that with because it is really basic, it was made for the purposes of teaching younger students, which is really nice. So, it was really simplistic but it was also really good to be able to start on such a basic program. And that was really empowering to be able to learn to program while being a 15 year old girl was really cool. But, it was empowering to be able to do it with girls who were like me, who came from similar situations that I did, and then actually getting to go present our research and present our projects out in the community was intense. And COMPUGIRLS gave me a lot of other opportunities. So they taught me the tech but they also gave me the opportunity to use my technical skills. I did an internship with the Morrison Institute for Public Policy. I got to teach and mentor girls at the Gila River Indian Community and now I’m a research assistant for the COMPUGIRLS program.

DAYSHA EDGERTON: So I thought that if I liked technology, I would get called a nerd and a loser by my friends and they’d make fun of me, and I wouldn’t be cool like everyone else. So. [audience laughs] My Grandma told me about a program called COMPUGIRLS and at first I was like psh are you kidding me. And then she said it was for girls like me and I was like why not do it. And then. [audience laughs] We did an iMovie and I thought that was my favorite because I got to create what I wanted and I got to have control over what I wanted. And I was passionate about doing iMovie. So, I did mine about child abuse. And now, I can openly talk about social justice issues, such as the portrayal of women in media. And I just realized that the media portrays us women to be perfect and whatever and I now know that I can do anything I set my mind to. And women can in general and I mean, go out there and do it. And I did a child abuse project in Scratch about a girl who did drugs and alcohol to cope with her child abuse but then she turned her life around and went to college and became a lawyer so. [audience laughs] Look out because girls like me are gonna change the world. [audience cheering] [both laughing]

COURTNEY BESAW: So some of the things that we can learn from our experiences in COMPUGIRLS is that girls want to be in technology and they can do whatever they want to do. And we can get more girls, especially girls of the color, and girls from underserved areas into technology while creating the next generation of activists who are readily equipped to change the world around them. This is my favorite slide. [audience laughs] Technology is everywhere, technology is used in every single field nowadays so there’s no excuse not to try to get these girls into technology and give them access to resources that they don’t normally have. And it’s never been more important than it is today to do those things and we know these things from our experiences with COMPUGIRLS.

DAYSHA EDGERTON: We know this because we are COMPUGIRLS. [audience cheering]

COURTNEY BESAW: Thank you for having us!