I’m not one to shed tears over Business Week magazine. In fact, over decades of reading it, I can’t recall a single time I even got misty-eyed over it. But when I was on the plane returning from California a few weeks ago, I was finishing up the March 12th edition of the magazine and happened upon the article entitled “The Holy Cross Fraternity,” by Diane Brady.

This article tells the story of a group of African American kids who enrolled, in 1968, at a small Massachusetts college during the middle of this country’s civil rights era. Many of these students went on to become stars in law, literature, and finance. They include Clarence Thomas (Supreme Court Justice), Edward Pl. Jones (author), Theodore Wells (attorney), and Stanley Grayson (President and COO of M.R. Beal & Company). They achieved their success thanks to a far-sighted mentor: the Reverend John E. Brooks.

The school was the College of the Holy Cross. In 1968, against a backdrop of tumultuous race relations, Brooks accelerated a recruiting drive for black students. “I thought it would benefit not just the African American students but the rest of Holy Cross as well,” he was quoted saying.

Once the students were admitted, he paved the way for them to form an environment from which they could nurture themselves and find strength. He fostered a strong sense of fraternity among the young men. Brooks listened to them, helped them find jobs, and found them housing.

The years passed, the men look back and are not sure where they would be without having that mentoring experience. The affection these men feel for Reverend Brooks is so strong that some of them broke a media silence to talk about him and the impact he had on them during their formative years. The article says it better than I could:

“‘Brooks wasn’t a savior, nor was he even really a father figure.’ What he did, in Wells’s view, was prove that someone at the highest level of the college deeply cared about them and their success. ‘Knowing that made it possible for us to remain engaged,’ he said. ‘We changed the college and it changed us.’ Justice Thomas, who has been ‘focused on these jobs which consume your life,’ said one thing that makes him smile is the thought of the Jesuit priest who helped him thrive during a difficult period of his life. It wasn’t serendipity that his peers went on to such successful careers, he insists. ‘It was Father Brooks.'”

This article is a good reminder of the power of real mentoring and the results it produces. Be a mentor – take risks, open doors, and enable the next generation to achieve its full potential. 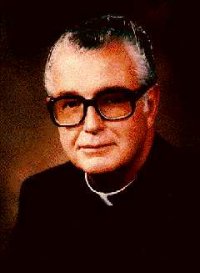