Several months ago I asked my friendly congressman whether he thought the middle of America’s bell curve realizes that the U.S. ranks below average for 21 industrialized countries in math and science education.
He looked rather startled, so I went on: even when our advanced students are compared to those of 15 other countries, 11 countries outperform us and no country scores significantly below us.
My congressman conceded that, no, he didn’t believe the country realized this. I then asked him how on earth he thought he’d ever get the votes in Congress to pass education and research related funding bills if the country doesn’t “get it.”
He replied that we must do all that we can to educate ourselves and each other.
I went home quite depressed.
I nattered on about this depressing situation for a few weeks. Then my spirits picked up when Robert Boege at the Alliance for Science and Technology Research in America (ASTRA) – if your organization doesn’t belong, JOIN – sent me the executive summary of the just released report, “Rising above the Gathering Storm.”
“Storm” is sponsored by a bipartisan group in Congress and was written by current and former CEOs, three Nobel Laureates, and university presidents and faculty. The report – delivered to the national academies – is, first of all, EMOTIONAL (I have a real need to see us up in arms over the situation in our country!) Departing from the clinical corporate and government-speak, the authors say they are “deeply concerned” and “worried;” they “fear” and feel “great urgency.”
Secondly, the report hits the nail on the head, the nail that I and so many of my corporate friends see so clearly: the U.S. wage scale is not competitive in the global marketplace. All the reports urging us to improve math and science skills…beside the point! Ask any unemployed engineer: you can have the skills, but if a company can get them cheaper elsewhere in the world, it will.
It must, or it will go out of business competing with others getting these skills for cheaper. And, “Storm” reminds us, for the cost of a chemist or engineer in the U.S., a company can get 5 in China or 11 in India.
Third, “Storm” is practical. To keep our wages high, we have to do something no one else is doing. The report challenges us to come up with a man-on-the-moon vision that could force all the necessary changes (K-12 reform, investment in universities, R&D, etc.) required for innovation leadership, and it proposes “clean, affordable, reliable energy.” Imagine the effect on foreign policy if we were energy-independent!
Fourth: “Storm” is actionable, beginning with the fact of its being memorable. It proposes just four strategies to keep us in the global competition game of our lives: 10,000 Teachers, 10 Million Minds by investing in K-12 education; Sowing the Seeds by investing in research; investing in higher education so we are the home of the Best and the Brightest; and creating the climate that will attract corporate investment through Incentives for Innovation.
Finally, and best of all, “Storm” is being used as the template and “authoritative” source of new legislation already in the works. Check out the grid ASTRA has put together to show the exciting new proposals which are already in the hopper. In addition, the Alexander-Bingaman bill, inspired by “Storm,” should drop early next week, and it will be a central rallying point around funding for agencies missed by other bills.
Let’s keep our eyes peeled, and talk to our friendly congress folks. As for me, I’m off to the long-range planning meeting of ASEE, guest of the new president, Ron Barr. To talk about – guess what? – “Storm!”
Imagine if 12,000 dues-paying members of ASEE became the citizen engineers advocated by outgoing ASEE president Sherra Kerns in her keynote last year:
“Engineers have meager representation in roles influencing society’s choices, and that means we are falling far short of making all of the contributions we can make… We must inform society’s decisions because we have relevant knowledge. This is citizenry. It is messy. It is much less comfortable, much less well behaved than other aspects of engineering. Our plate is already full, yet Citizenry requires more: contact, communication, interaction, greater participation.”
Citizenry is messy. Ignorance, denial and depression – all of which I have personally experienced and exhibited regarding the dire situation in our country – are worse. Let’s each step up to our own next level of citizenship. I’ll take a step! And if we each take a step……

Barbara Waugh is a 20-year veteran of Hewlett-Packard and is co-founder of the company’s World eInclusion program. 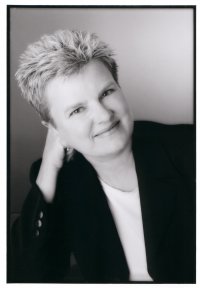