Bloomberg BusinessWeek has a nice excerpt from Tuesday’s Astia We Own IT Summit explaining why venture capital needs more women in their firms, and why simply having one woman partner in a firm isn’t enough.  Take this anecdote from Cindy Padnos, founder of Illuminate Ventures and publisher of a whitepaper on women and entrepreneurship:
“When I go out with these women-led companies and introduce them to women [venture capital] investors, I frequently hear a comment that shocked me—and when I thought about it, I realized they were right. They say, ‘I’m a new partner here. I’ve already done one woman-led deal. I can’t do another.’ Now substitute another male-led deal, Indian-led deal, Asian-led deal; anything else and you would think that person was absolutely out of their mind. But in reality when they’re in a partnership where they’re the only woman partner…and they are a junior partner in the firm and they’ve made one bet already on a woman, they’ve got to see it through successfully before they feel comfortable taking on another.”
*     *     *     *     *     *     *     *     *     *     *     *
This week both The Wall Street Journal and The New York Times (Thomas Friedman) published articles suggesting entrepreneurship as a source of jobs for new college grads and a source of stimulation to a dragging economy; and both acknowledge that technology will drive successful start-ups. The Times piece focuses on how to nurture entrepreneurship here in the U.S., while the Journal piece looks at a HackNY, a summer program that gives college computing majors hands-on experience at New York tech start-ups.
*     *     *     *     *     *     *     *     *     *     *     *
We were alerted this week to an interesting feature over at CIO Insight magazine, looking at some of the changes we’ll likely see in IT over the next 5-10 years.  Among the predictions are several related to the IT workforce which, interestingly, sound familiar to the messaging you hear from our community:

Fewer than 25% of employees currently within IT will remain
Several trends in IT demand and supply will change how organizations use technology to create value, and the roles, structure, and skills of the IT function
Technology knowledge and confidence in the workforce is broadening but losing its depth (more employees understand how to exploit technology, fewer have a deep expertise) 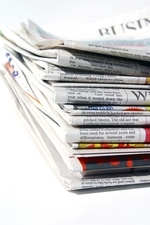