Every few months, the blogosphere addresses the matter of gender diversity of speakers at conferences about design, technology, and the web. The latest such incidents revolved around the lack of women speakers at the Future of Web Apps conference in San Francisco last September* and the Creativity Now conference put on by Tokion in NYC last October. Each time this issue is raised, you see conference organizers publicly declare that they tried, that diversity is a very important issue, and that they are going to address it the next time around.

With that in mind, I collected some information** about some of the most visible past and upcoming conferences in the tech/design/web space. I’m reasonably sure that the organizers of these conferences were aware of at least one of the above recent complaints about gender diversity at conferences (they were both linked widely in the blogosphere), so it will be interesting to see if those complaints were taken seriously by them.

From this list, it seems to me that either the above concerns are not getting through to conference organizers or that gender diversity doesn’t matter as much to conference organizers as they publicly say it does. The Future of Web Apps folks seem to have a particularly tin ear when it comes to this issue. For their second conference, they doubled the size of the speaker roster and added only one woman to the bill despite the complaints from last time. This List of Women Speakers for Your Conference compiled by Jen Bekman is a little non-web/tech-heavy, but it looks like it didn’t get much use in the months since its publication. Perhaps it’s time for another look. (If you think this issue is important, Digg this post.)

Update: To the above list, I added An Event Apart Boston 2007 and corrected a mistake in the count for GEL 2007 (they had one more woman and one less man than I initially counted.) Ryan Carson from Carson Systems, the producers of The Future of Web Apps conferences, emailed me this morning and said that my “facts just aren’t correct” for the count for their London conference. He stated that the number of speakers they had control over was only 13. Some of the speakers were workshop leaders (the workshops “are very different” in some way) and others were chosen by sponsors of the conference, not by Carson Systems. I’m keeping the current count of 27 total speakers as listed on their speakers page this morning … they’re the people they used to promote the conference and they’re the people at the conference in the front of the room, giving their views and leading discussions for the assembled audience. (thx, erik, mark, and ryan)

Update: I added the Future of Web Design conference to the above list. (thx, jeff)

Update: Hugh Forrest wrote to update me on the latest speaker numbers for SXSW Interactive 2007 (he keeps close watch on them because the issue is an important and sensitive one to the SXSW folks)…the ones on their site were less than current. In cases where counts are updated (and not inaccurate due to my counting errors), I will append them to the conference in question so that we can see trends. I plan to update the above list periodically, adding new conferences and keeping track of the speaker numbers on upcoming ones.

** All statistics as of 2/22/2007. Consider the gender counts rough approximations…in some cases, I couldn’t tell if a certain person was a man or a woman from their name or bio.

*** This conference has released only a very incomplete speaker list.

For fun and income, Jason Kottke builds web sites and edits kottke.org.
You can find the original February 22nd posting of this blog here at Jason’s widely-read site. 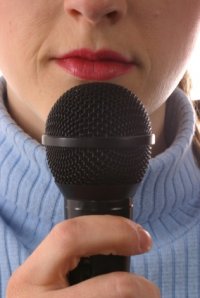