Creating the Next Generation of Creators

Kate Starbird graduated from Stanford in 1997 with a BS in Computer Science. She recently retired from her first career as a professional basketball player after playing five seasons in the WNBA and five seasons in Europe. 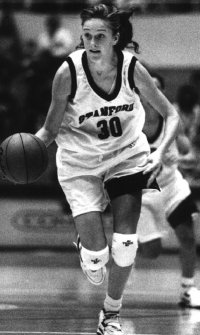