Recently I spent hours watching HBO’s Six Feet Under so I could catch up before the series finale aired. As an Executive Mom, the innovation of “On Demand Television” has definitely enhanced my life. I now have access to hundreds of high-quality, fun, educational programs for my children. Better yet, I’m spending more quality time with my husband. (And it is indeed quality time, because my husband loves to cuddle in front of the television.)
Before I had children, TV was how I kept up with world and local news, shared experiences with my colleagues and strangers, and generally de-stressed after a demanding day. After children, my – or rather, my daughters’ – television was as meaningful to me as a dumb terminal since it was used primarily to play children’s videotapes. Having now embraced On Demand Television, my enthrallment has quickly progressed from Classical Baby and Crashbox to my favorites, Six Feet Under and Curb Your Enthusiasm.
A few months ago my sister, who also has two small children, bought a minivan. Often when we think of leading-edge cars we think of German sports cars; so I was very impressed with her new Toyota Sienna and all of its convenient features. There’s a hook to hang my purse; doors and a trunk that close automatically and gently; and yes, a DVD player for rear-seat passengers. It’s not a “soccer mom” car, but rather a car designed for the busy mom. What a novel idea.
If more women, including working mothers, filled the increasingly emptying ranks in corporate technology research and development, perhaps in the near future we would see more innovations like On Demand Television and mom/child friendly vehicles. Here are some technology-based innovations I’d like to see:
The application of RFID to manage the inventory in my house. In particular, it would be helpful to know the exact quantity and location of my children’s toys, books, and clothes. This way, the next time my four-year-old says, “But Mommy, you never buy me Dora toys,” I can respond with complete confidence: “That is not true sweetie, because you have three Dora toys in your bedroom, two in the playroom, and one at Elysia’s house.”
SAP Solutions for busy households. I need a system to track vendors, such as the landscaper, snow plower, housekeeper, dry cleaner, animal trapper, handyman, and of course, the four or five companies that provide our Internet, cable, and phone services. The scheduling in our household is a challenge as well. Children use to go outside and play; now they have “play dates” which means tracking not just the dates but the schedules for other children’s activities, their part-time nannies, and their working mothers. A “compliance” component would be a great feature, so that my husband and I can quickly figure out who neglected to pick up whom from violin practice.
A cool car that is also child-friendly. Several cars have backseats that fold down when you need extra trunk space, but how about seats that tuck under to hide the child’s car seat when your client asks you for a lift?
Programmable dolls. “Hello, I’m Greg Wiggle, and I like to eat broccoli!” Or, “Hi, this is Barbie. It’s time to take a bath now.” 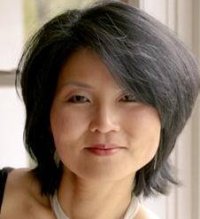