The People Behind the Harrold and Notkin Award

Nominations for the 2015 Harrold and Notkin Research and Graduate Mentoring Award are open through November 3rd, 2014. Read on to learn more about the award and the inspirational people for whom it was named. Nominate someone today.

On May 19th, 2014, Dr. Nancy Amato of Texas A&M University received the inaugural NCWIT Harrold and Notkin Research and Graduate Mentoring Award. The award is given in memory of Mary Jean Harrold and David Notkin, in honor of their outstanding research, graduate mentoring, and diversity contributions. It recognizes faculty members who, like Amato, have combined outstanding research accomplishments with excellence in graduate mentoring and who have served as advocates for recruiting, encouraging, and promoting women and minorities in computing fields.

“Being selected as the first recipient of this award means a lot to me as both Mary Jean and David mentored me and helped me decide to take on what have been some of my most rewarding activities,” said Amato.
The award was suggested by Dr. John Bennett, a member of the NCWIT Board of Directors. “It was my good fortune to know both Mary Jean Harrold and David Notkin, to see first-hand the profound positive impact that they had on so many students and colleagues, and to benefit personally from their extraordinary mentorship,” said Bennett, Professor of Computer Science and Associate Vice Chancellor, University of Colorado Denver. “This award honors and sustains that legacy, and highlights the critical importance of mentorship, particularly for those individuals – women, minorities and first generation students – who are so poorly represented in our profession.”

Mary Jean Harrold was a Professor of Computer Science at Georgia Tech. There she founded the Aristotle Research Group, which focused on the analysis and testing of large, evolving software, fault localization and failure identification using statistical analysis and visualization, and monitoring deployed software to improve quality. She was a role model and mentor to many men and women in computing, both students and faculty. “Mary Jean was the Director of the Distributed Research Experiences for Undergraduates program before me,” explained Amato. “And, I still remember going to Georgia Tech for her to show me how the program worked, including all the subtle considerations to take into account during the process of matching students with mentors for their summer research projects.  Over the years, I’ve passed on that same advice to all the subsequent co-directors.”

David Notkin was a Professor and Bradley Chair in the Department of Computer Science & Engineering of the School of Engineering at the University of Washington. He was an internationally recognized leader in software engineering, with a particular focus on software evolution. Notkin was a founding member of NCWIT and provided pivotal leadership in the organization’s early years as one of the first chairs of its Academic Alliance. “David is the one that convinced me that it would be worthwhile for me to become a co-chair of the AA,” Amato said. “It might be possible to put in place projects and project co-chairs. So, in some sense, we have him to thank for the current organization of the AA.” David was widely recognized and admired for his exceptional skills as a research mentor for graduate students and as a powerful and unwavering advocate for improving gender diversity in computer science.

NCWIT looks forward to presenting this award to many more deserving mentors, and the entire organization is honored to have worked with these two remarkable individuals. “The legacy of David and Mary Jean’s pioneering leadership in this area should be a renewed commitment from all of us to lead by example, and to take the time to help our students realize their full potential, both in their careers and as role models themselves,” Bennett said. 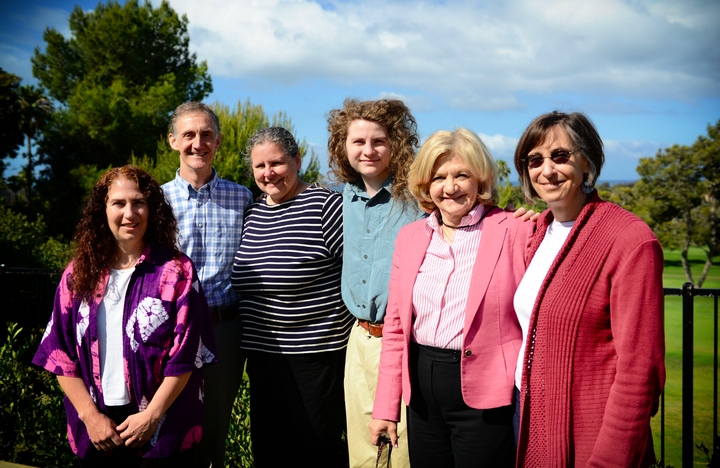