Dr. Richard Ladner, Professor Emeritus of Computer Science and Engineering at the University of Washington, has been named the recipient of the 2019 Harrold and Notkin Research and Graduate Mentoring Award.

Dr. Ladner first joined the faculty of the Paul G. Allen School of Computer Science and Engineering at the University of Washington as an Assistant Professor in 1971, and has remained there for 47 years. Now a Professor Emeritus, he continues to participate actively in research and mentorship. Throughout this period, he has held visiting appointments at campuses and research centers around the world, including Yale University, Gallaudet University, Victoria University of Wellington, New Zealand, and the University of Toronto, among others.

Dr. Ladner’s research trajectory has been described as essentially encompassing two complete careers: one in computation theory, and one in accessibility for persons with disabilities. During the first two decades of his career, he made foundational theoretical contributions to the fields of computational complexity and automata theory, parallel computing, network algorithms, applied algorithms, and data compression. As his colleague Anna Karlin, Microsoft Professor of Computer Science and Engineering at the University of Washington, explains, Ladner’s Theorem is “fundamental…to our understanding of the classification of problems according to their computational complexity.”

In the 1980s, through his association with deaf and blind people in the Seattle area, Ladner began collaborating on a project called DBNet, which used an early iteration of internet technology to provide a means for deaf-blind people to send email and text messages and get daily news from their homes. As the internet’s reach and functionality expanded, Ladner continued to research ways to make the technology accessible. In this work, he was frequently inspired by his graduate students’ interests, noting, “Naturally, I learned as much from them as they learned from me.”

Over the course of his career, Dr. Ladner advised 30 successful PhD students, 43 percent of whom are women. One of these former students, Dr. Shiri Azenkot, now Assistant Professor at the Jacobs Technion-Cornell Institute at Cornell University, recalls how her advisor created a supportive educational environment for people of all genders: “I would look forward to our research group meetings, in which all the students (PhD and undergraduate) and collaborating faculty members would come together to discuss their current research. Our group included at least 80 percent women (sometimes more), and our meetings offered a relaxed and friendly place to discuss research and other activities. I have to admit that my experience in grad school was so good that at times it was difficult for me to relate to the challenges that women often experience. This was largely because of Richard.”

Reflecting on his approach to mentorship, Dr. Ladner says, “I found out that gently challenging students and consistent encouragement were the strongest ways to bring out their best. I also found that helping students find their passion, rather than have them follow my research plan, more often than not led to their successes.” A colleague of Dr. Ladner’s, Dr. Clayton Lewis, Professor of Computer Science at CU-Boulder, observes that many of Dr. Ladner’s advisees have gone on to hold prominent positions in the field of accessibility in computing: “All of these students are continuing to make major contributions to Richard’s passion, making computing work for everyone, including people with disabilities.”

Colleagues of Dr. Ladner praise his dedication to mentorship far beyond the halls of his own department. As Dr. Edward Lazowska, Bill and Melinda Gates Chair in Computer Science and Engineering at the University of Washington, shares, “Richard has personally helped place 50 students with disabilities in undergraduate research internships around the nation since 2011. In the placement process, he phoned each student to try to understand their scholarly interests and abilities, the help find a suitable mentor for the student’s summer research experience.”

From 2007 to 2013, Dr. Ladner was director of the Summer Academy for Advancing Deaf and Hard of Hearing in Computing, where students took a programming course for academic credit, a computer animation course for certificate credit, and were mentored by deaf or hard of hearing tech professionals. In 2006, with Sheryl Burgstahler, Director of the Do-It Center at the University of Washington, he co-created AccessComputing, which has the goal of increasing participation and success of people with disabilities in computing fields. Dr. Ladner has also organized numerous mentoring workshops to connect students and junior faculty with disabilities with mentors in the industry or in academia.

In a 2018 interview for the Institute of Electrical and Electronics Engineers (IEEE) journal, Pervasive Computing, Dr. Ladner reflects, “When I started working on accessibility in the 1980s, it was a very small field dominated by rehabilitation engineers who subscribed to the medical model of disability—that the problem was to design useful devices for individuals with disabilities. Because I come from a family with deaf parents, I didn’t see disability so much as an individual problem but as a problem of society, commonly called the social model of disability.” Describing what he sees as the main goal of his work, he says, “Overall, my mission is to make sure that disability is included in the conversation about diversity and inclusion.”
Dr. Ladner will be honored at the 2019 NCWIT Summit on Women and IT, and his institution will be gifted $5,000 from NCWIT. 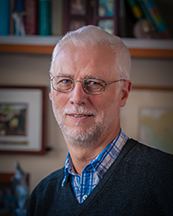