Dr. Maria Gini, Professor of Computer Science and Engineering at the University of Minnesota, has been named the recipient of the 2018 Harrold and Notkin Research and Graduate Mentoring Award.

Dr. Gini will be honored at the 2018 NCWIT Summit on Women and IT, and her institution will be gifted $5,000 from NCWIT.

In addition to her role as a teacher and mentor, Dr. Gini is an internationally recognized researcher in the field of robotics and AI, particularly robot navigation in unknown environments, coordination of autonomous robots, search and rescue applications, and economic agents. In 2016, she received both the University of Minnesota Award for Outstanding Contributions to Post-Baccalaureate, Graduate and Professional Education and the Association for the Advancement of Artificial Intelligence (AAAI) Distinguished Service Award “for her outstanding contributions to the field of artificial intelligence through sustained service leading AI societies, journals, and conferences; mentoring colleagues; and working to increase participation of women in AI and computing.” Dr. Gini was born in Italy and studied physics at the University of Milan before joining Department of Computer Science at the University of Minnesota in 1982.

In recommending Dr. Gini for this award, Dr. Judy Goldsmith, Professor of Computer Science at the University of Kentucky, wrote, “An award-winning mentor should be active at two levels: the organizational and the personal. Maria Gini has contributed an extraordinary amount to organizing programs for women and members of other underrepresented groups in computing.”

Dr. Gini, who has officially served as advisor to more than 40 PhD candidates and more than 80 masters students, observed that much of her mentoring work happens in one-on-one conversations and in weekly group meetings with her advisees. Dr. Shana Watters, a former student of Dr. Gini’s who went on to become a professor herself, recalls that she was “quite frankly shocked” that Dr. Gini sought her out to offer encouragement, having taken note of Watters’ strong performance in a large AI class. Watters noted that Dr. Gini “wants students to know that she is not only a teacher and researcher, but also a partner in their education process. This partnering is part of her mentoring philosophy. She wants students to aspire to more than they think at the time that they are capable of doing.”

In addition to working with postgraduate students at her home institution, Dr. Gini has also been a mentor and role model for aspiring researchers from around the world through her work in convening and organizing a long series of international Doctoral Mentoring Consortia. From securing grants to provide travel funds for attendees, to reviewing submissions, to creating a program of activities that’s relevant for “60+ students attending from all over the world and at different career levels,” Dr. Gini has put together consortia in locations ranging from Stockholm to Buenos Aires, and typically volunteers to mentor a number of the participating students. She finds mentoring work very rewarding, and encourages other faculty to try it as well.

Marie desJardins, Associate Dean for Academic Affairs of the College of Engineering and Information Technology at the University of Maryland – Baltimore County, describes Dr. Gini as  “a respected and prolific researcher in the areas of intelligent agents, multi-agent systems, and robotics” who “uses her visibility and prominence to make the field a better place for everyone, particularly graduate students and women at all levels.” Moreover, Dr. Gini “inspires other faculty to put more energy into mentoring and helping students, both through leading by example, and through her willingness to mentor and give advice to other faculty who are interested in improving their own mentoring skills.”

During her 36 years of teaching, Dr. Gini has served the robotics community through numerous professional organizations, including the ACM Special Interest Group on Artificial Intelligence, the American Association for Artificial Intelligence (AAAI) Executive Council, the Computing Research Association’s Committee on the Status of Women in Computing Research (CRA-W), and the International Foundation for Autonomous Agents and Multiagent Systems (IFAAMAS), among others. Her career demonstrates an ongoing commitment to conducting original research and equipping the next generation of scholars to make their own mark on the field. As her student Dr. Watters observed, “She sets the example and then helps you obtain your own success under your own steam.” 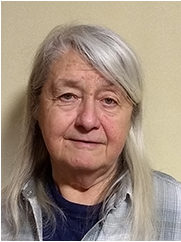