Dr. Barbara Ryder, J. Byron Maupin Professor Emerita of Engineering in the Department of Computer Science at Virginia Tech, has been named the recipient of the 2021 Harrold and Notkin Research and Graduate Mentoring Award.

In a profile for SIGSOFT, the ACM Special Interest Group on Software Engineering, Dr. Ryder said, “I consider my work to lie within the overlap of software engineering and programming languages.” During her early employment at AT&T Bell Laboratories in the 1970s, she developed the PFORT Verifier, “a syntax/semantic checker for a portable subset of Fortran66,” which she calls her “first exploration of software tools to assist programmers.” She went on to publish influential papers on such topics as algorithms for pointer aliasing in C, practical and effective code instrumentation, object-sensitive analysis for C++ & Java, analyses of JavaScript, methods for ensuring Android software security, and many more. She cites the contributions of several mentors in helping her to sharpen her problem-solving skills and develop her interests in program analysis, including Dr. Alan Feinstein at Brown, Dr. Andrew Hall at Bell Labs, and Fran Allen at IBM.

Dr. Ryder carried this spirit of mentorship into her own work. “The scholarly way of thinking is one of the key lessons she teaches all her students,” said Ohio State University Professor of Computer Science Dr. Atanas Rountev, one of Dr. Ryder’s former PhD students. “Research topics and trends come and go,” Dr. Rountev continued, “but the core values of scholarship and intellectual integrity stay with us for life. By setting a high standard and by rigorously adhering herself to this standard, Barbara fundamentally shapes the research character of her students.” Within Dr. Ryder’s lively PROLANGS research group at Rutgers, another former student, Rensselaer Polytechnic Institute Professor of Computer Science Dr. Ana Milanova, recalls, “She effectively fostered collaboration between ‘older’ and ‘younger’ students, training us to become researchers and mentors… Barbara formed each one of us into independent researchers. My PhD experience was instrumental to my career as an assistant and now associate professor.”

Another way in which Dr. Ryder helped her students to develop as researchers was by ensuring they had plentiful opportunities to present their research and receive feedback. She recalls, “Our research group met weekly to present papers in our area. Each student presenter expected to be evaluated (constructively) by fellow students. Often our student conference presentations were excellent due to this kind of preparation. One of my best Ph.D. graduates went to work at an excellent state university…as an assistant professor. He told me that while other junior faculty struggled with new aspects of their jobs, he felt prepared by having been included by me in so many aspects of my job that ‘there were no surprises.’” In another instance, she says, “I advised one PhD student who had some difficulty with writing up his research. I worked with him, editing his drafts, but making him actually do the changes to improve the text. His first paper was a conference paper, and then with additional content it was accepted for journal publication in an IEEE Transactions, a top-tier journal. This student took a break from graduate studies, but I ‘hounded’ him to return to finish his degree. Eventually, he returned and was awarded his PhD.” Dr. Ryder’s former students emphasize how generous and impactful her support has been, not only during their studies, but throughout their academic careers. As Dr. Rountev pointed out, “In addition to teaching her students how to do research, she also has deep personal interest in their careers and lives.”

A strong proponent of increasing women’s full and meaningful participation in computing, Dr. Ryder co-founded the NCWIT Virginia and District of Columbia Affiliate Award for Aspirations in Computing in 2011. During her term as Head of the Virginia Tech Department or Computer Science, the percentage of women in the undergraduate program increased from 4.2 percent (Fall 2007) to more than 16 percent (Fall 2016), reaching 19 percent in Fall 2019. In the words of her colleague Dr. Calvin Ribbens, the current Computer Science Department Head at Virginia Tech, “These dramatic results are testimony to the effectiveness of Dr. Ryder’s culture-changing work as Department Head at Virginia Tech. It was a fitting capstone to her leadership and tireless efforts in mentoring women in computer science when NCWIT recognized the department with Second Place in the 2016 NCWIT Extension Services Transformation (NEXT) Awards.”

Some of Dr. Ryder’s current work includes collaborating with a colleague at Virginia Tech on a project that uses machine learning to identify “clone code” in programs. She explains, “We are looking for code that has the same functionality but may be different in structure. This work is important to software engineers making code changes (i.e., updates) and wanting to find all the places in a program involving the same functionality.” Throughout her career, Dr. Ryder has found collaboration to be very rewarding. As she sees it, “The process of doing research is one of posing questions and finding their answers. If you do this in a way that encourages joint participation in egoless ‘what if’ questions, then by the time you find a problem solution, no one can recall who contributed what. This is true collaboration that achieves more than you would have by working individually and independently.”

Dr. Ryder’s awards and honors include the IEEE Computer Society TCSE Distinguished Women in Science and Engineering Award (2018), the ACM SIGSOFT Influential Educator Award (2015), the Rutgers University School of Arts & Sciences Distinguished Alumni Award (2016), the Virginia Tech College of Engineering Diversity Committee Award (2015), and Rutgers President McCormick’s Leader in Diversity Award (2006). She was selected as an ACM Fellow in 1998. In recommending Dr. Ryder for this award, McGill University Associate Dean Dr. Laurie Hendren wrote, “Professor Ryder is a leader at many levels, within her research group, her department, and also more broadly as one of the key senior members of the programming languages and compilers research community.”

In her SIGSOFT interview, Dr. Ryder noted that “As an academic, the greatest influence I can have is in shaping the attitudes of my students.” Reflections from her former students make it clear that her influence went beyond the purely technical. As Dr. Rountev writes, “One of the important lessons I learned from Barbara was on the significance of diversity… But it is important to emphasize that she not only strives to increase diversity, but also to educate others on its importance. All her students leave her research group with a deeper understanding of the diversity challenges in computer science, and the productive steps we can take to address these challenges.” 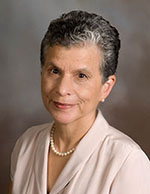