Less than one month after being sworn into office, on February 17, President Barack Obama signed the $787 billion American Recovery and Reinvestment Act of 2009.  The bill, an attempt at bipartisanship with mixed results, intends to boost the lagging U.S. economy, create sustainable economic growth, and give the American people confidence they desperately need during the present global financial and economic pandemic.
This stimulus bill consists of two parts:  $469.8 billion for tax provisions and $317.2 billion for spending provisions.  Tax provisions include personal income tax cuts as well as funds for unemployment benefits and tax breaks for small businesses.  Spending provisions cover everything from national security goals to immigration programs.
Science and education were neither the biggest winners nor the biggest losers in the bill.  The American Association for Advancement in Science (AAAS) concludes that the final version of the bill allocates roughly $21.5 billion for research and development (R&D) with about $18 billion for R&D and $3.5 billion for facilities and capital equipment.  The Department of Education will receive $41.5 billion out of which $13.93 billion is allocated to student financial assistance and aid administration.  $12.4 billion is meant for education for the disadvantaged.
There are great sums of money which will impact technology and innovation. Part of the Department of Energy’s $74.7 billion will have to be spent on computing facilities for alternative energy research.  The National Institute of Health’s $9.7 billion will include funds for digital health records, which demands a safer, more advanced broadband infrastructure which also is amply funded. Of particular note within the stimulus package:

Department of Commerce:  Broad Band Technology Opportunities Program provides $4.35 billion for competitive grants under the Broadband technology Opportunities Program (established by the Act); $200 million for expanding public computer center capacity; $250 competitive grants for innovative programs to encourage sustainable adoption of broadband services:  $10 million to OIG for audits and oversight under this heading; $350 million for broadband mapping.
Department of Commerce, National Institute of Standards and Technology (NIST): Science and technical research and services ($220 million); construction of research facilities ($360 million).
Department of Defense, Military Construction:  $100 million for warrior transition centers which facilitate the healing and rehabilitation of soldiers in order to return them to duty, if possible, or to prepare them for a successful life as a veteran in their community.
Department of Education:  A portion of $200 million is to be used for rigorous national evaluation by the institute of education sciences utilizing randomized controlled methodology that assesses the impact of performance based teacher and principal systems.
Department of Education-Related Agencies:  $500 million for the construction and associated costs to establish a new National Computer Center and $500 million for processing disability and retirement workloads.
Department of Energy, Energy Efficiency and Renewable Energy (EERE):  $2 billion for grants for the manufacturing of advanced batteries and components and the Secretary shall provide facility funding awards under this section to manufacturers of advanced battery systems and vehicle batteries that are produced in the U.S., including advanced lithium ion batteries, hybrid electrical systems, component manufacturers, and software designers.
Department of Health and Human Resources:  $500 million for health centers under PHS Act; $1.5 billion for renovation and repair of health centers and health information technology centers.
Department of Health and Human Resources:  $2 billion to carry out the bill’s section on “Investment in Health Information Technology”, to remain available until expended.  $300 million to support regional or subnational efforts toward health information exchange; $20 million to Director NIST for work on advancing health care information enterprise integration.
Department of Labor, Employment and Training Administration; Training and Employment Services:  $500 million to states for adult employment and training activities; $1.2 billion for youth activities; $1 billion for dislocated worker employement and training activities; $1.25 billion for dislocated workers assistance national service; $200 million for dislocated workers assistance national reserve; $50 million for YouthBuild activities; $750 million worker training and placement in high growth and emerging industry sectors; $500 million for research, labor exchange and job training.
Department of Labor:  Additionally, the Congress included the Trade and Globalization Adjustment Assistance Act of 2009 within the stimulus package.  The new law reauthorizes TAA programs through December 31, 2010 and expands them to allow trade-affected service workers to receive TAA benefits.  The new law also extends coverage to workers affected by offshoring for outsourcing to countries that do not have a free trade agreement with the U.S. and establishes a system for putting workers back to work and permits pre-layoff training and part-time training.
National Science Foundation:  $300 million for Major Research Instrumental Program; $200 million authorized by PL 100-570 for academic research facilities modernization.
Small Business Administration:  $24 million for marketing, management and technical assistance by intermediaries that make microloans under the microloan program; $20 million of the total is for improving, streamlining, and automating information technology systems related lender processes and lender oversight.
Department of State:  $120 million for design/construct, of backup information management facility, $98 million to carry out responsibilities under the Comprehensive National Cybersecurity Initiative.
Department of Veterans Affairs:  $50 million for Information Technology Systems.

In summary, the Administration seems to be putting some of its money where its mouth is for science, technology engineering, math and information technology.  It might not propel our goals seamlessly into the future, but it appears it creates a foundation for growth in STEM and IT and sets the tone right. 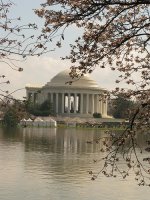