NCWIT Tips: 13 Tips for Creating and Sustaining a Women in Computing Group on Your Campus 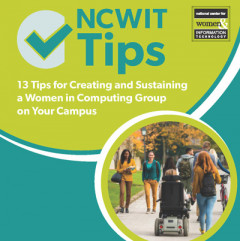 Women in Computing (WIC) groups on college and university campuses can help reduce feelings of isolation and increase a sense of community and belonging. They can also be places where members can discuss difficulties they encounter and strategies for addressing these challenges in the larger community. But sometimes women’s groups also can produce unintended consequences (e.g. convey the idea that women are a homogenous group or need “extra help”). Use the following tips to avoid these pitfalls and to ensure the success of your WIC group.

THINK! BEFORE YOU START:

1. Remember that establishing a WIC group on campus should be one part of a larger, multi-pronged strategic plan to increase women’s participation in computing.

It should not be seen as the primary driver for change on your campus or tasked with changing the (computing) world!

2. Understand that the creation of a WIC group is a meaningful, but temporary, strategy towards inclusion.

WIC groups are solutions to help build community in an otherwise unwelcoming environment; ultimately, they would no longer be needed when that environment becomes more inclusive. Being clear on this is important; otherwise, women’s groups can sometimes be misinterpreted and cause people to assume that women need extra help because of intellectual deficits, rather than because of implicit biases or systemic barriers.

3. Respect the fact that some women may not want to join a WIC group.

Some women may not want to join because it highlights their differences or because sometimes these groups reinforce the idea that women are a homogenous group. It’s important for your group to consider differences among women, especially when it comes to race, class, color, sexual orientation, ability, among others. 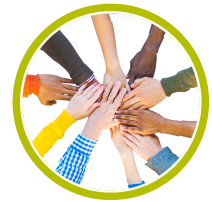 4. Be open to people of all genders. Your WIC group should welcome anyone interested in promoting female participation in computing on your campus, regardless of gender.

While the focus of a WIC group centers on advocacy, outreach, and the promotion of women in computing, your group should not exclude men, transwomen, or anyone else based on gender identity and/or expression.

CREATE! ONCE YOU GET STARTED:

You need a handful of dedicated students, and at least one adviser, who will commit the needed time and energy. To build interest, engage technical women at your school in discussions of their shared experiences and concerns. Motivate students on your campus by highlighting the value other WIC groups bring to their communities.

6. Form an Executive Board of Officers.

An executive board assumes primary responsibility for steering the group and helps ensure tasks are performed on time. The E-Board should reflect the group’s diversity and recruit and encourage new members to assume leadership positions.

A charter gives your WIC group direction and communicates the group’s goals, expectations, and structure to others. A charter typically contains succinct mission and vision statements and goals for the group. Charters of WIC groups at sister campuses can serve as examples.

Official standing legitimizes the time and effort student leaders invest in organizing group activities and helps qualify the group to use campus facilities and obtain funding. Check with the office of student affairs or student government on your campus for information on registering student organizations.

SUSTAIN! TO KEEP IT GOING:

9. Get active and stay that way.

Activities in the first year might focus on building members’ sense of belonging. But increase impact by sponsoring a broad range of activities — for instance, an informal launch party, tech talks and “code-athons,” or workshops to mentor a diverse range of students and other underrepresented groups.

Your WIC group can create a website with information about group activities and meetings and can use social media (Facebook, Twitter, Instagram, etc.) to keep members connected and informed. “Low-tech” broadcasting methods, such as posting flyers in prominent locations across campus, are effective in drawing attention of non-members. 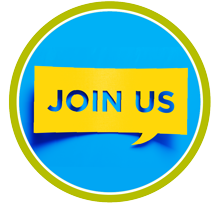 11. Recruit members on an ongoing basis.

Members are natural ambassadors to convey your group’s importance and positive impact. Actively recruit at freshman orientation and in introductory classes; on social networking sites, department websites, and on flyers posted in residence halls and around the building; and hold an open house at the beginning of every semester. Consider connecting with your campus Admissions Office, Dean’s Office, Office of Diversity and Inclusion, and the Women’s Center to recruit new members. 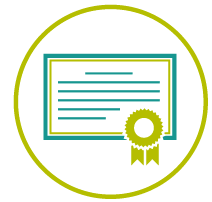 13. Recognize members for their accomplishments.

Recognition can take many forms: a simple congratulatory email that cc’s administrators, faculty, and peers; an article in a department or professional society newsletter; a posting on a networking website; or an award at a public ceremony. Recognizing members goes a long way to increase their self-esteem and confidence. It signals that their work is both valued and rewarded, inspires others to follow their lead, and enhances the group’s visibility and stature.