“Is the United States Falling Behind Science and Technology or Not”

On September 10th 2008, the Information Technology and Innovation Foundation held a forum in Washington D.C. to address concerns that the U.S. is losing its position as a global leader in science and technology. The president of ITIF Rob Atkinson presided over the forum. Senior ITIF Analyst Stephen Ezell; Kent Hughes, director of the Science, Technology, America and the Global Economy program at the Woodrow Wilson International Center; and Clyde Prestowitz, founder of the Economic Strategy Institute, were the discussants.

ITIF distributed RAND’s Rose Colored Glasses: How RAND’s Report on U.S. Competitiveness in Science and Technology Gets it Wrong, a critique of the RAND analysis that argued the U.S. will continue to lead in science and technology. ITIF also distributed its report Comparing the Candidates’ Technology and Innovation Policies. Authors Steve Ezell and Rob Atkinson compared the technology and innovation policy positions of presidential candidates Senators Barack Obama and John McCain.

Ezell and Atkinson based their comparison on material from campaign websites. The candidates’ position on technology and innovation largely follows their respective parties’ philosophical approach to government. Senator Obama seeks to utilize the government as an active partner by increasing R&D funding and creating new initiatives. Senator McCain seeks to work within the existing infrastructure, supporting R&D by expanding tax credits and reducing government regulation. Senator McCain argues that this allows more open access to markets to spur innovation. The report asserts that Senator Obama has made technology and innovation an ‘overarching theme’ in his campaign, while Senator McCain has not.

The ITIF compared the candidates on the basis of 11 issues. From NCWIT’s point of view, the most pertinent issues are “Skilled Workforce” and “Education Policy.” With respect to “Skilled Workforce” Policy, Ezell and Atkinson’s comparison dwelled on the H1-B visa debate but added that both candidates specifically called for training of minority and low-income students. The report indicates that proposals largely differ in scope rather than substance. Senator McCain supports grants to help instruct students in “digital and wireless technology.” Senator Obama’s policy approach is broader and refers to STEM (science, technology, engineering and mathematics) programming that is specifically geared towards “at-risk” students. Obama’s support for STEM to reach out to underrepresented groups extends throughout his education policy.

Both candidates seek to strengthen math and science in the U.S. education system. ITIF reports that Obama’s plan would establish a Teaching Service Scholarship to recruit math, science, and technology graduates into teaching at public schools. It would also create Teacher Residency Academies to add 30,000 new teachers in areas of high need; and encourages students to enter STEM fields by increasing research grants and graduate fellowships; and provide research and design of science education funds to identify the most effective and relevant instruction.

McCain and Obama both advocate greater student access to broadband internet, yet they diverge when it comes to performance-based pay, vouchers, and charter schools. Senator McCain champions ‘merit pay’ for teaches and an improved methodology for testing. Senator Obama’s plan allows teachers to have a say in the performance-based measurement, conduct apprenticeships to assist younger teachers, and contemplates a gradation of professional levels, with higher pay for a ‘Master Teacher’. Concerning vouchers and charter schools, Senator McCain’s emphasizes accountability and improvement through competition for the most effective and “character-building” teachers and schools, including a standard-based assessment of school performance. McCain offers a tax free savings account for families. Senator Obama seeks improvement in underperforming schools by fostering competition between public and charter schools. (Interested readers might also refer to The Science Debate 2008. Subsequently, The New York Times has published an extensive article further detailing the candidates’ proposals for spurring innovation and ensuring the U.S. maintains a competitive edge in the fields of science and technology.)

Ezell and Atkinson state that the candidates’ philosophical approaches to solving U.S. competitiveness in the IT sector are “rooted in conservative neo-classical supply-side or liberal neo-classical (and Keynesian) theories.” Senator Obama’s solution rests on the premise that cooperation between government and private sector will breed innovation. Senator McCain’s solution lies in less direct government involvement and favors giving tax breaks and credits, intending to encourage the market to stimulate innovation. Significantly, the report’s comparison indicates that both candidates desire to engage and encourage “minorities,” “low-income,” or “at-risk” students to enter STEM fields. 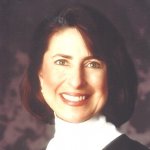