What counts as influence in tech today? The easy answers that come to mind might include money, position, power, fame, reputation, or perhaps simply being in the right place at the right time. They would also be the wrong answers. Oh, these may be notable proxies for business influence in general, but when we look at how innovation actually happens in the tech industry today, we see three primary ingredients that deserve far more attention: Teams, Culture, and Problems. 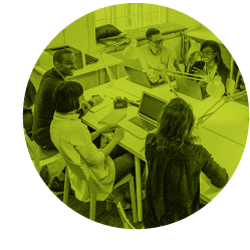 First and foremost, innovation in tech happens at the team level. This runs counter to the persistent and (persistently wrong) notion in tech today that innovation occurs at the level of the individual. We at NCWIT like to call this the “Myth of the Young Rockstar.” So powerful is this notion that it has shaped our concept for what “top talent” looks like for a generation, distorting our view of who we should all stumble over each other to hire. Get the best and the brightest individuals in the room, and you will get the best and the brightest results. Right? No… Not always… Not even most times.

Fascinating research by Woolley and Malone put this assumption to the test by comparing the collective intelligence of types of teams – teams with the highest individual IQs and teams with, well… not. It turned out that the individual IQs of team members did not predict higher collective intelligence of the team. What did? The number of women on the team. Hmm… wonder why. (More on that shortly.)

Meanwhile, a lot of research has since emerged demonstrating that teams are “where it’s at” for innovation – from patent studies to team cognition and decision-making seen in approaches, such as team leadership theory, agile, scrum, and others. The bottom line is kind of like that baseball movie, “Moneyball,” where Billy Bean (Brad Pitt) discovers a new way of valuing individual players to make the best team at a much lower cost and then beats the pants off most of the other high-dollar teams in the league. (By the way, this movie is based on a true story.) In tech, scrambling to hire that hotshot rockstar just out of MIT instead of analyzing your team’s cognitive innovation structure and finding the perfect fit for that empty chair is, well… you see where we’re going with that. 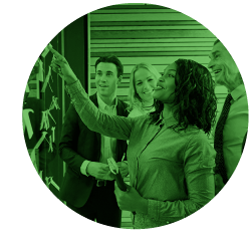 So we get it – innovation, teams, research. So what do we do with that? This brings us to culture. Consider again that result showing the more women on a team, the greater the collective intelligence of the team. What’s going on there? It turns out, the presence of women around the table correlated with the amount of turn-taking and fewer interruptions in team talk. And guess what – the more voices heard, the better the decision-making and the greater the team’s ability to solve complex problems faster and better than the smart boys in the other room. Inclusive culture and inclusive leadership of more diverse teams is at the heart of this idea.

With so much focus on hiring more diversity in tech, the big pitfall is failing to create a culture where diversity thrives. For example, think of your own team. How do you make decisions? Hierarchically? With or without much group input? Do you defer to the experts for the challenge at hand? Or scrum master? Is it minority-rule by an “insider group,” or majority-rule like a vote? Is it consensus-building or collaboration?

The way teams approach decision-making tells us about their culture, how inclusive they are, and how they think about innovation. It also tells us how individuals can successfully influence innovation. Culture and influence create each other: What counts as effective influence indicates the kind of culture you have. Conversely, the culture you have determines what kinds of influence are effective. This mutually-defining cycle challenges traditional assumptions about how influence in tech works, which we call the “Myth of Meritocracy,” or the idea that the best ideas and most qualified people are the most influential. The only thing that matters is how skilled you are at your job. Getting hired, getting promoted, getting that corner office – all based on merit. The only problem with that sweet bedtime story is that it just isn’t true, and piles of research show that. Merit is part of it, but influence also depends on who is exerting it and the expectations and biases associated with that person: gender, ethnicity, age, title, etc. Simply stated — influence is not that simple.

So what does this mean for leaders? It’s not enough to assemble a diverse team. In order to reap the innovative potential of that diversity, leaders must activate those different viewpoints and life experiences and encourage influence for ALL team members. S/he must also be able to deal with the conflict that sometimes results. For inclusive leadership is much harder than the experience of most tech leaders today – which is leading homogenous teams who look alike, act alike, and think alike (because that’s who they hired). In heterogeneous teams we’re not seeking “cultural fits,” but rather “cultural misfits.” Leaders need to be prepared as inclusive leaders to make it work. And, that means understanding inclusive culture and its relationship to innovation and team cognition – like turn-taking for example, but harder stuff too.

The good news is that we know more about this than ever before. The bad news, for some at least, is that now leaders need to put a bunch of social science tools into their toolboxes and abandon older biased ideas about how the world works. 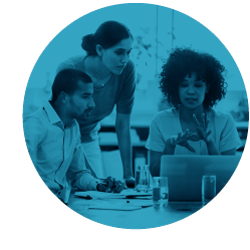 Which brings us to the final ingredient of innovation – problems. Assembling diverse teams and creating inclusive team cultures is all well and good, but innovation is the result of rubbing up against hard problems where that diversity needs to be constructively activated for team-decisions to solve those problems. There are two kinds of problems where this happens: (1) Needs-based problems that involve fixes for existing tech, like finding solutions for how to better orient the iPhone’s internal antennae for left-handers, or how to shut off Trump’s Twitter feed, and; (2) Gauntlet problems that boldly conjure entirely new challenges to be solved, like creating the iPhone in the first place, or think Tesla, or Apollo. Like jazz ensembles, tech teams have to improvise their way through unknown solo-sections in both categories of problems. And like those jazz players, each member must be skilled, must influence the others and respond to others’ influence, and must have the right stage upon which to forge something never heard before.