Dr. Elizabeth Belding, Professor in the Computer Science Department at the University of California-Santa Barbara (UCSB), has been named the recipient of the 2015 Harrold and Notkin Research and Graduate Mentoring Award.

Throughout her career, Belding has had a dramatic impact on mobile networking, focusing on general mobile and wireless network solutions such as multimedia support and network performance analysis and, more recently, wireless technology for developing regions worldwide. Toward this end, she has initiated multiple research projects to characterize the performance and utilization of existing wireless networks and to develop new wireless technology optimized for deployment in these regions.

Belding has advised 18 UCSB master’s students and served on committees for 10 others. She’s also advised 10 PhD students, co-advised five others, and has been on the committees of 20 others. She serves as the graduate admissions committee vice chair and is one of two Computer Science program advisors.

Belding is also the faculty advisor of the Women in Computer Science Graduate student group, which she founded in 2008. In this role she oversees student activities, officer elections, and serves as advisor. Each year, she ensures that newly admitted female master’s and PhD students are contacted by a current female graduate student so that any gender-specific questions can be answered.

Belding earned BS degrees in Computer Science and Applied Mathematics from Florida State University, and MS and PhD degrees in Electrical & Computer Engineering from the University of California-Santa Barbara. 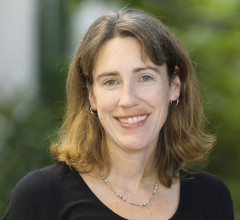