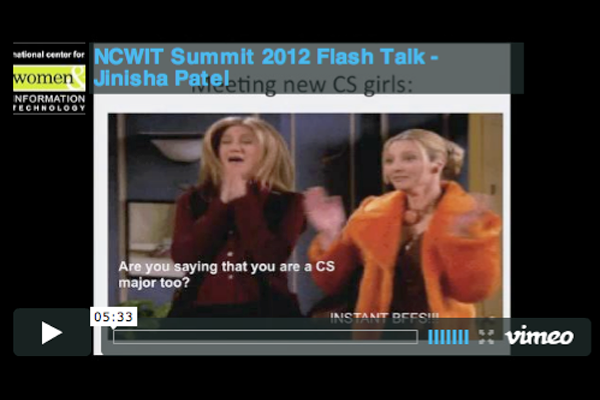 JEFFREY FORBES: I’m going to ask our first speaker to come up on the stage. So, Jinisha Patel is a winner of the NCWIT award for aspirations in computing and a student of computer science in engineering at Union County College. Her talk is programmed because you’re worth it.