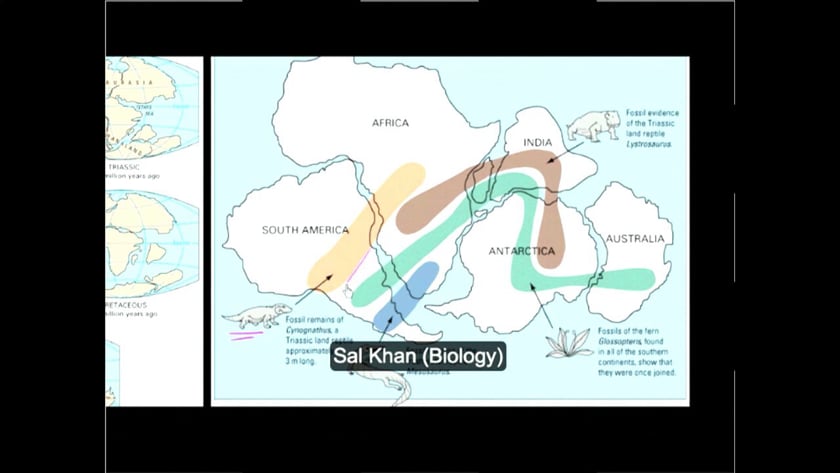 VALERIE TAYLOR: So now I’ll take the opportunity to introduce Ben Eater. Ben is the Lead Exercise Developer at Khan Academy, which is a non-profit education platform dedicated to providing a free world-class education for anyone, anywhere. He leads a team of several developers who together are responsible for creating all of the interactive exercises and assessment content for Kahn Academy. Ben joined the Khan Academy as a volunteer, but after six months he joined the team as a full-time employee. So with that I welcome Ben Eater. [audience applauds]

BEN EATER: All right, very exciting to be here. Just to give you a quick introduction what Khan Academy is. Khan Academy was started by Sal Khan who was a hedge fund analyst in Boston who had a cousin in New Orleans who was having difficulty in math. She was in middle school, had been placed into a slow math program and he offered to tutor her remotely over the internet. And had started tutoring her and was actually able to get her to a point where she was ahead of her class. And he did this by creating some interactive software for her to use and working with her over the phone. And once word got around in the family that free tutoring was going on, he started tutoring a number of his relatives. Basically it got to the point where he was working with 20 or so different relatives all over the country tutoring them in math and having some difficulty getting this to scale. And so [chuckles] a friend of his suggested well why don’t you put some videos on YouTube? He’s like no, no, no YouTube is for cats playing the piano, [audience laughs] it’s not for serious mathematics. But eventually he kind of got over the idea, it wasn’t his idea, put some videos up on YouTube and the feedback he got from his family members was actually that they preferred him on YouTube than in person. [laughing] Which sounds a little backhanded, but it actually makes a lot of sense. On YouTube they could pause the video, they could rewind it, if they were stuck they could go back and watch previous videos. And they didn’t have to feel embarrassed that they were asking for him to explain something over and over again, they could do this in the privacy of their own home. And something interesting happened, the videos ended up taking off. And they were getting thousands and tens of thousands, hundreds of thousands of views on YouTube and people started commenting on YouTube thanking him for these videos. And they just sort of took on a life of their own and he became just more and more obsessed with creating these videos. And eventually convinced his wife to quit the hedge fund and do this full-time not really having a plan for where it would go. And spent about nine months doing this, kind of funding it himself just out of his own savings. And thankfully about nine months into this a number of people started noticing this, most key among those is Bill Gates who apparently discovered Khan Academy and was using it with his kids and was starting to talk about it publicly. And so meeting was setup with the Gates Foundation and the Gates funded the Khan Academy, turned it into a real organization and started hiring a team to build out that initial software platform. But just to give you kind of a flavor of what these videos look like I’m just gonna show a quick montage showing some of the videos that Sal made as well as we have some more video content creators that have created videos as well.

SAL KAHN: We could integrate over the surface and the notation usually is a capital Sigma. All these interactions are just through the gravity over interstellar, almost you could call it intergalactic. This animal’s fossils are only found in this area of South America, a nice, clean band here. Notice this is an aldehyde and it’s an alcohol. Is their 30 million plus the $20 million from the American manufacturer. They create the Committee of Public Safety, which sounds like a very nice committee.

DR. STEVEN ZUCKER: This is not Eve.

LEBRON JAMES: I’m told the humidity makes it feel hotter, why is this?

SAL KAHN: Play with the pendulum and get a feel for how it moves.

SAL KHAN: If this does not blow your mind, then you have no emotion. [audience laughs]

JESSICA LIU: And here’s where the magic comes in. Somewhere in the draw loop we’re gonna change the value of X to be a little more than it used to be, like this. X gets the old value of X plus let’s say one. Yay, it works. Except, aha it’s so smeary. If you’re wondering why it looks that way, it’s because we forgot to draw this background inside the draw loop. So it’s drawing the car over and over again, but you can see all the old cars underneath the new one. So if I just pull this line into the top of the draw loop like that, and then press restart so I can see my car again. Yay, it’s so perfect. And if we wanna make the car go faster, we can just change how much we increase X by every time. So if we make it 10, [cheers] it’s off the screen.

BEN EATER: So this is just one example, we have a whole bunch. This talk is obviously about animation. We have a bunch of these videos that were all made by Jessica Liu who is a phenomenal intern that was with us last summer. We hope we will see her again. But just gives you an example of some of the things you can do. All of the code, everything runs within a browser. So that’s the other great thing in terms of accessibility to this. You don’t have to setup a whole dev environment to get started. You just point your browser to Khan Academy and you can just start writing code or you can start pulling one of the examples that we have and start making your own spinoff from that. So it really inspires creativity. There’s questions, comments, tips, feedback, and everything that goes underneath there so you can collaborate with other people, you can have comments, people can tell you hey did you try this or think of this? So very exciting. So just kind of to wrap up, one of the things that you may have noticed is everything I have been talking about so far has been in the English language or focused on the US. And one of the really exciting things that’s been happening is there have been a number of different groups, non-profits mostly, some governments, that have been taking Khan Academy and taking it around the world. And these pictures are just some examples of Khan Academy being used around the world. And one that really excites us is in the top left corner there. We used to kinda joke like hey, maybe someday Khan Academy will be used in Mongolia. Well, [chuckles] not too long later we got an email from Mongolia. [audience laughs] And it was from this girl Zaya, she sent in a little YouTube video thanking us for Khan Academy. We assumed you know she has access to YouTube, the internet, Khan Academy, she’s probably a middle-class girl and all that. But we read the email a little bit more and it turns out that actually there’s this group of engineers in Silicon Valley that on their vacation they go out to Mongolia and they’re setting up computer labs in orphanages. And that picture in the top right is our Mongolian girls in a Mongolian orphanage using Khan Academy. And Zaya was one of those orphans. And if that’s not cool enough, Zaya got really into it and she started translating some of the videos into the Mongolian language. And she’s 17 years old now, so this 17-year-old Mongolian girl is now the prime producer of Khan Academy content in the Mongolian language. She’s become the teacher for her country. So just to give you kind of a flavor of what these videos look like, I’ll show you another quick montage and it ends with a piece of that original video that we got from Zaya.

ZAYA: I am Zaya from Mongolia. Your regents are so interesting and funny. Make more lessons.

BEN EATER: We watch that whenever we’re feeling a little lazy around the office. [audience laughs] One of the amazing things is our team right now we have 40 people, but over the last year we average about 34 people and with the scale of the internet we were able to reach over 50 million unique students in 216 different countries. And I really think we’re kind of at this Guttenberg moment, not even a once in a lifetime moment, really one in a millennium moment almost to kind of push the scale of this forward. The original tagline on this was just the necessities. [audience chuckles] I guess just to kinda wrap up, education has always been kind of seen as this scare resource and this thing that was very expensive, this thing that sort of separated the haves from the have nots. And even when people are doing philanthropy they would say well what do the rich have? Well that’s expensive, let’s create a cheap approximation of that and we’ll give that to the poor. The poor had nothing before, so a cheap approximation is better than nothing. But now education is sort of becoming no longer a scarce resource. And so we’re almost getting to the point where I honestly believe education is really going to become a fundamental right. In 20, 30 years people are gonna view education as a fundamental right just like clean drinking water, or shelter, or electricity, something like that. So that’s all I have. I thank you all. [audience applauds]