The NCWIT Symons Innovator Award promoted women’s participation in information technology and entrepreneurship by honoring an outstanding woman who has successfully built and funded an IT business. By recognizing women IT entrepreneurs, the NCWIT Symons Innovator Award hoped to inspire others to pursue IT entrepreneurship, and increase awareness about the importance of women’s participation in IT innovation and business.

The award was named for Jeanette Symons, founder of Industrious Kid, Zhone Technologies, and Ascend Communications, whose pioneering work made her an inspiration to many. 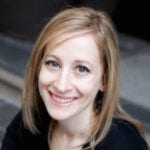 “I am an entrepreneur because when I first started my career, I thought I wanted to work the corporate ladder… I started off as an engineer, became a manager, and then a senior manager and so forth. I realized, as I was climbing the ladder, that what I really wanted to do was not just be in charge of the technical team. I really wanted to be involved with strategy, and I wanted to learn the business. The only way I saw that could really happen was to join a small company, and that really started my passion for start‑ups.” 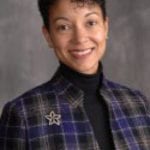 “When you think about all that we’re learning in our careers and all the skill sets that we’re building, [having an impact] is really what we’re trying to do. Whether you’re trying to do that against a company or against a technology or against a social issue, et cetera, we’re all just trying to make an impact with what it is that we’re doing. I don’t think there’s any better way to make an impact than to be an entrepreneur. You’re bringing a new idea, a new concept, a new way to approach technology. All of those things you can do as an entrepreneur and really have an impact on the market space that you’re targeting.” 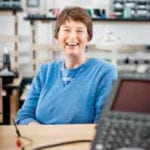 “Being an entrepreneur is very much about being part of a team, and you never know which pieces are going to come together to make that great puzzle. Not everybody is going to score a basket, and not everybody’s going to be the best rebounder. You need all different kinds of skill sets and personalities and passions, to come together in a mix that’s going to make the whole enterprise work.” 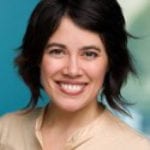 “It is very common that people who are entrepreneurs are the kind of people who spend nights and weekends just building stuff—tinkerers, packers, creators, inventors, or however you want to describe them, people who see the possibility of technology… It really is a career that appeals to people who are restlessly inventive, who are curious… It is, I think, a kind of temperament, a choice, and a path.” 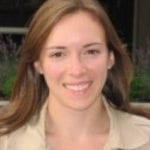 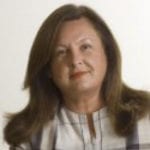 “The potential for innovation that will help change the way we will live on this planet is greater today, then it was certainly at the beginning of the last century. I have tremendous faith in the future that this new generation of entrepreneurs can create. I will do exactly what I have done, which is to continue to work in support of the realization of their dreams.” 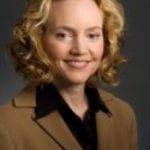 “It’s never losing sight of that goal that you are charging toward and never losing faith that you will achieve that goal and being totally flexible and able to deal with any obstacle that comes along. Whether it’s an obstacle in the market, a challenge with the team, whatever it happens to be, never giving up, never ever, ever, ever giving up. If you have that, you’ll find a way to get to where you are going no matter what. I think that’s probably for every successful entrepreneur you will find that that is the primary characteristic that made them.”

“When you can look back and see yourself building a successful company; when you see your employees happy and excited about the success of the company; when you introduce something new, a product in the world that gets really high marks, and everyone loves using it and raves about it; it is very rewarding, and you will feel very good about it.”