Noob, and Other Words Worth Thinking About

On a recent Sunday, I was listening to my husband and brother-in-law talk incessantly about World of Warcraft.

I was just starting to get frustrated by the conversation when, between the “there’s dozens of gankers outside Karazhan” and “the DRUID just ninja’ed another blue,” I heard something that I not only understood, but that made a lot of sense to me.

You see, they had just started talking about a newbie to their guild who apparently had broken social etiquette within the game. It was in that moment that I learned that online game communities have ecosystems much like the ecosystems that I work with every day. These ecosystems can be your greatest strength as an entrepreneur (or as a rogue in WoW) – but they require conformity to a basic set of rules.

Three rules for building and maintaining an ecosystem – real or virtual:

This was my favorite rule especially as it applies to start-ups. It was translated to me as, “don’t start by complaining about game mechanics before you know how the game works. Ask questions and get guidance before you assume the game is broken. Most likely the problem is that you do not know how to play the game. If you are inexperienced, show some humility – be willing to learn.”

Wow. This was a perfect fit for my entrepreneurs. We screen for coachability. We have built an entire community of mentors and coaches for our entrepreneurs to help them navigate the world of starting a company. They are been-there, done-that people who have generously offered to lend their expertise to my companies – for no other reason than to see them succeed. And the Valley is filled with these people who just love to see a strong team with a morsel of a good idea succeed.

The unfortunate part is that all too often, entrepreneurs forget to collect mentors and ask questions. They undervalue the experience that has gone before them. They think they can – and therefore should – do it on their own. No one has ever done it on his or her own. Ever. So why start now just when you have decided to do the most difficult task of starting a company?

“Don’t ask until you have helped others. People are more inclined to help you once they know you and see you as part of their ecosystem.”

There are many opportunities for entrepreneurs to build out their own ecosystem, and the key here is to start long before starting a company. Contribute some code to an open source project, offer your expertise to an organization that could use your knowledge. Get out there and share what you have.

3. There are no good secrets

Oh, man, this one was great – and so counter-intuitive. These two were chatting away about all of the game secrets. They shared their learning from within WoW and from the many postings outside of Wow (yes, these two are real game geeks). They were actively tapping in to each other’s genius – in order to help themselves and to solve the problem set of the day.

In the past I have heard them share technical challenges they are facing at their work. Both companies have trade secrets, but they aren’t interested in stealing what the other company is doing, they are interested in solving engineering and technical problems.

For many entrepreneurs, the initial instinct is to cling to NDAs and secrets, believing these are their only competitive advantage. From my experience, entrepreneurs, brilliant engineers, and gankers are better for this sharing.

Sharon Vosmek is CEO of Astia (formerly the Women’s Technology Cluster), a community of experts committed to building women leaders and accelerating the funding and growth of high-potential, women-led technology start-ups. This piece originally appeared on VentureBeat. 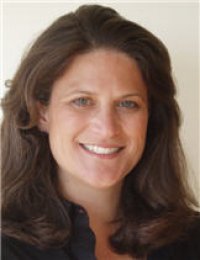