Education: Perspectives on Girls, Boys, and the Need for Improvement

Americans are in danger of losing their competitive edge in the world economic system. This idea seems to have widespread, bipartisan support, which is rarely heard of in Washington these days. Despite the recent focus on this burgeoning issue, there seems to be little agreement about the solution. Lately, one of the most frequent responses is to look to U.S. K-12 school systems as a target of reform, but even ways of doing that are controversial. On September 12, 2006, Education Sector held an event to discuss this issue entitled “Debating the Truth: Are Boys Really in Crisis?”
According to Sara Mead of Education Sector, in a lot of areas both boys and girls were achieving, with girls increasing their achievements at a faster rate. However, boys were not doing any worse, and she failed to find that a “crisis” of boys falling behind existed.
Richard Whitmire from USA Today, said that his research has shown that boys are indeed falling behind in education. He argued that this was an international issue, that students in other countries were achieving faster than students in the U.S., that there is a gap between boys’ and girls’ achievements, and that both the gender gap and the racial gap need to be addressed.
Ms. Mead argued that that the youngest group of boys improved in reading, that both boys and girls improved in math, that four times as many boys are taking AP tests and that more boys are planning a post-secondary education than ever before. Ms. Mead went on to say that there are gaps between boys and girls because girls are improving at a faster rate. Ms. Mead did agree that we want boys to continue to improve, but that it is not the crisis situation that has been described in the media.
Dr. Harry Holzer, from Georgetown University said that there needs to be K-8 reforms, pre-K programs, and continued experimentation to find out what works. He commented that in the 1990’s, low-income women were placed high on the policy list, with people advocating for childcare, healthcare, and other programs. He said now it is time to put low-income men high on the agenda.
Despite the difference of opinions the three panelists expressed, there was general agreement on their part that an overhaul of primary and secondary education is necessary. This idea directly relates to the continually debated issue of competitiveness. It seems that these issues are all inter-related, in that an improvement in quality education and getting kids excited about math and science could seriously improve the U.S.’ ability to compete in the global market.
On November 28, 2006, the National Academies held a conference to address their report Rising Above the Gathering Storm. They, too, addressed the issue of the need for education reform, as well as increased tax dollars to promote scientific research.
Dr. Norman Augustine, Chairman of the Rising Above the Gathering Storm committee said that the issue of competitiveness is “a journey, not a sprint.” Dr. Augustine said that science and technology are the driving forces in competitiveness and that the challenge to the issue of competitiveness is that there will never be a 9/11 or a Pearl Harbor to spotlight the problem. Instead, there will be gradual erosion. He said that one major handicap to the U.S.’ competitiveness is the low representation of women and minorities. He said that other countries have dealt with this same problem, and they did it the old-fashioned way: competing. If the U.S. wants to improve, we must do the same.
U.S. Secretary of Labor, Elaine L. Chao said that bills supporting math, science, and engineering will boost U.S. competition in the international economy. The American Competitiveness Initiative, as proposed by President Bush in the State of the Union Address, pledges $136 billion to boost research and development, encourage entrepreneurship, and strengthen education in math and science.
As they say, the experts agree. The issue in Washington now seems to be securing the government funding necessary to support improvements in education, thereby increasing student achievement and U.S. competitiveness.

The Honorable Paula Stern is Chairwoman of The Stern Group, Inc. a Washington, D.C.-based economic analysis and international advisory firm specializing in business and government strategy. 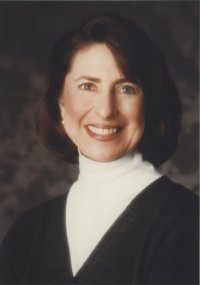