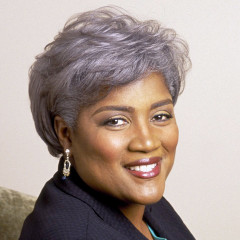 Ms. Brazile first got involved in politics at the age of nine when she worked to elect a City Council candidate who had promised to build a playground in her neighborhood; the candidate won, the swing set was installed, and a lifelong passion for political progress was ignited. Ms. Brazile worked on every presidential campaign from 1976 through 2000, when she became the first African-American to manage a presidential campaign.

Author of the best-selling memoir Cooking with Grease: Stirring the Pots in American Politics, Ms. Brazile is an adjunct professor at Georgetown University, a syndicated newspaper columnist for Universal Uclick, a columnist for Ms. Magazine, and O, The Oprah Magazine, and an on-air contributor to CNN, and ABC, where she regularly appears on This Week. In addition to her three cameo appearances on CBS’s The Good Wife, she has made two cameo appearances on Netflix’s House of Cards. Ask her and she’ll tell you that acting, after all, is the key to success in politics.

In September 2014, Ms. Brazile received the WNBA’s Inspiration Award. In August 2009, O, The Oprah Magazine chose Ms. Brazile as one of its 20 “remarkable visionaries” for the magazine’s first-ever O Power List. In addition, she was named among the 100 Most Powerful Women by Washingtonian magazine, Top 50 Women in America by Essence magazine, and received the Congressional Black Caucus Foundation’s highest award for political achievement.

Ms. Brazile remains active in her hometown of New Orleans, where she was recently appointed to serve on the executive committee of the Tricentennial Commission, responsible for the celebration of the city’s founding in 2018. She also serves on several corporate boards and boards of non-profit institutions. Last fall, President Obama appointed Ms. Brazile to the Fulbright Board — where she helps select candidates in the Caribbean and Latin America that will participate in the Fulbright Program. Ms. Brazile is the proud recipient of honorary doctorate degrees from Louisiana State University, North Carolina A&T State University, Grambling State University, Morehouse School of Medicine, Northeastern Illinois University, Thomas Jefferson School of Nursing, and Xavier University of Louisiana.

Ms. Brazile is founder and managing director of Brazile & Associates LLC, a general consulting, grassroots advocacy, and training firm based in Washington, DC. 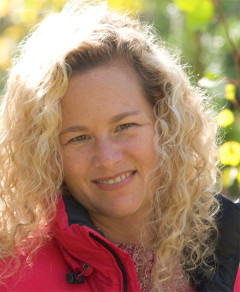 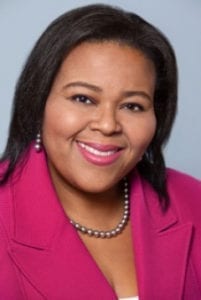 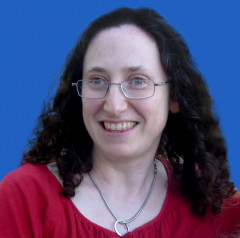 Ellen Spertus is a professor of computer science at Mills College and a senior research scientist at Google. She received her bachelor’s, master’s, and doctoral