Why the NCWIT Board Chair is a Man

The most common question I’ve received over the past year, regarding the National Center for Women & Information Technology (NCWIT), is “why is the board chair a man?”
When I agreed to be chair, I anticipated that people would ask me this question. What I didn’t realize was that it would be so perplexing. Initially I’d respond with an easy and pithy answer, but as time has passed my response has become deeper and more reflective. Someday, I hope the question will simply disappear – along with the need for an organization like NCWIT (one of our goals is in fact to make ourselves obsolete.)
I’ve been a feminist for as long as I can remember. My training has been furthered by my wife Amy, a Wellesley graduate, writer, and feminist; and my mother Cecelia, an artist and a feminist. “Women’s issues” is one of the major philanthropic areas that Amy and I support (the others are education, environment, entrepreneurship, human rights, and art) and I’ve had a long-standing hatred and disdain for sexist behavior. But while NCWIT has a clear gender focus — it is, after all, the National Center for Women & Information Technology — the gender issue was only a small impetus for my enthusiasm for getting involved in NCWIT.
I’d never really thought about the implications of the lack of women in the information technology (IT) business or the computer sciences. My first company – a software consulting company – had 15 consultants, half of whom were women. We knew we were atypical, but we found that women were often better consultants than men and our goal was to hire the absolute best people we could find, regardless of gender. I’ve worked closely with several female entrepreneurs who stood out as much more effective than their male counterparts. While it was obvious that there were many more men than women in the IT industry, I didn’t pay much attention to it.
Then I met Lucy Sanders, the CEO of NCWIT. Lucy is a nerd, so we connected immediately. During her career, she worked her way up from an entry level programming job to the CTO position at a major telecommunications company (Avaya.) In our first conversation, she spoke eloquently about the issues facing women in information technology and computer science.
She hooked me when she said, “Brad, this isn’t about gender – it’s about competitiveness.”
At that moment, I started thinking about the issue in a different way. I immediately thought back to my first company, where our goal was to hire the best possible people we could find. Logically, the gender balance should be roughly 50/50 in the IT business since the skills for IT, computer science, and programming, in my opinion, don’t have any real gender linkages. But all you have to do is look around any IT organization to know the gender split is anything but 50/50.
One can supply plenty of “quick and easy” reasons why women (and girls) don’t gravitate toward computer science and IT. It’s geeky. It’s a male-dominated culture. It’s anti-social to sit in front of a computer all day long. The work is boring. The jobs are going to all go offshore. The list goes on.
But there’s something deeper going on, and I decided I wanted to help figure it out. It dawned on me that if the U.S. wants to continue to be competitive in IT and computer science 20 years from now, the dramatic gender split that currently exists needs to be gone — for multiple reasons, not the least of which are the fundamental issues of design (if 50 percent of your users are women, don’t you want 50 percent of your designers to be women?) and supply and demand (there simply aren’t enough men to satisfy the growth of the industry.)
When Lucy approached me she was clear that she didn’t know the underlying issues. While there are plenty of hypotheses and speculation, there was, then, no central organization dedicated to figuring out what was going on, coordinating all the various groups that were working on different parts of the problem, and then implementing (and communicating) broad-based, long-term solutions. She wanted NCWIT to be that organization.
At that point, it was clear to me that NCWIT was a lot bigger than “yet another women’s organization.” Lucy is an engineer, and she’s designing a system to solve the problem. Once the design is done, she’s going to execute the solution.
That’s something to which I can subscribe, regardless of my gender.

Brad Feld is Chairman of the NCWIT Board of Directors and a Managing Director at Mobius Venture Capital. 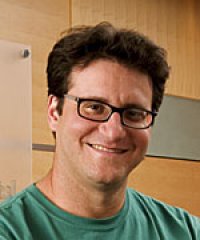