Inquiring minds often wonder: How did she get to be what she is? How do women’s career pathways differ from those of men? It was questions like these, during the 2003 SIGCSE Technical Symposium in Reno, Nevada, that led to an exciting project: The Computing Educator Oral History Project (CEOHP). Projects such as CEOHP can play a key role in increasing the population of people entering and staying in computing careers, especially careers in computing education.

The goals of the CEOHP are to:

The CEOHP has made several small, if significant, steps toward becoming a long-term, sustainable project. The first major boost came during the 2005 conference on Integrating Technology in Computer Science Education (ITiCSE) in Lisbon, Portugal. A working group spent five days in Lisbon (as well as a few months prior) producing a report that has become the framework for the project. The working group included Lecia Barker, who contributed her expertise in social science research techniques; Bill Aspray, who shed light on both oral history and computing history; and seven computer educators, including me, and Vicki Almstrum. The working group experience allowed us to address many key issues, gave participants a unique opportunity to deeply explore relevant issues, and resulted in a report that was published in the SIGCSE Bulletin Inroads in December of 2005.

Then, the CEOHP received a one-year planning grant from the NSF. With support from this grant and with help from NCWIT, Lecia Barker recently hosted the first of several planning meetings intended to flesh out the details of our endeavor. The first full-length interview for the CEOHP was with Maria Klawe, who kept us spellbound for nearly three hours, regaling us with gems such as “How can you make Maria do anything? You tell her she can’t do it!”

The CEOHP now includes more than a dozen completed interviews. Over the coming months we will spread the word about this work via opportunities such as the SIGCSE Technical Symposium.

The NSF grant also provides support for an exciting aspect of this project, the ability to incorporate students. During this Spring 2007 semester Vicki is teaching a capstone software-engineering course at Southwestern University, where I serve as the client for a team of nine enthusiastic computer science majors. Their challenge is to produce a prototype web portal for the project, and we use small focus groups to give the students direct feedback on what they are producing. 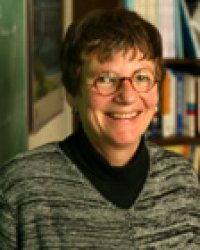