Competition: Do Women Have What it Takes?

BusinessWeek has a special report this week on What Makes a Winner.” My favorite feature of this report is the How Competitive Are You? poll. BusinessWeek surveyed 2,500 middle managers and executives at U.S. companies, aged 25 years and older, about competitiveness: how competitive they consider themselves, how important it is to have the winning spirit, and what kind of people win – or lose – within their companies.
I am asked constantly by others about the supposed lack of competitive fire in women. The problem, as some see it, is that women are “just not as competitive as men,” and that’s why they’re failing to rise to the top in U.S. corporations. Hats off to BusinessWeek for breaking down some of their survey responses by gender. Consider this question from the poll:
How competitive do you consider yourself?
Men Women

I would eat nails for breakfast…

I don’t even want to think about…

My research friends will tell me that the differences between men and women’s responses to this question are statistically significant — and I believe they are — but these numbers still point out that a not-insignificant number of women would eat nails for breakfast … if only they thought it would help them get to the top. So, what’s holding these women back? Some insight can be gleaned from this poll question.

What are the three qualities that are the most likely to help people win in the business world?
Quality Men Women

In my mind, this shows that men and women regard the matter of “what it takes” in similar ways, although a higher percentage of women seem to feel self-promotion and/or self-confidence is an essential trait.
One last question sheds some light on individual passion:

What work objective gets you out of bed in the morning?
Objective Men Women

Achieving a good balance of work and home life 30% 30%

Pretty similar results, actually. So what do I conclude from all of these numbers? There are lots of women out there who would jump into the competitive race to the top if they thought they could actually get there. Men and women are motivated by roughly the same things, it seems, and have a fairly similar view of what it takes to get to the top.
The question to ponder is why women believe that even “eating nails” won’t make them a CEO.

Lucy Sanders is CEO and Co-founder of NCWIT. 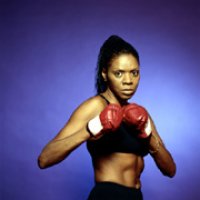