5 Reasons Veronica Mars is a Good Role Model for Girls

A couple weeks ago, I saw Paris Hilton on the “Today” show saying that she thought she was a good role model for girls: “I think I am a good role model, and a lot of mothers come up to me and they’re really happy …”
I’m sure most mothers want their daughters to idolize Paris Hilton, someone whose sole occupation is to draw attention to herself. Someone who signifies nothing but her own fame.
If I had an 11-year-old daughter, I’d rather she model herself after another blonde – Veronica Mars.
Veronica Mars is a TV series on the teen-focused CW network (formerly UPN) about a modern Nancy Drew-type teenage girl detective who solves mysteries in her town of Neptune, California after her best friend is bludgeoned to death. Veronica lives with her private detective father and has a lower middle-class life in a high school full of rich kids. She drives a beat-up convertible Chrysler LeBaron. She knows her way around computers and telephoto lenses. She’s tough, intrepid, street savvy, and singularly focused on finding the truth about her friend’s death.
I first got addicted to Veronica Mars last fall. Someone at work said I looked vaguely like Kristen Bell, the actress who plays Veronica Mars, so I had to check out this doppelganger to see what she’s about. I ordered Disc 1, Season 1 from Netflix, not expecting much.
After watching disc one straight through, I got so involved in the show that I increased my Netflix subscription, just so I could get the rest of the series all at once. What then followed was a Veronica Mars series binge; I watched the whole season, only interrupted by bathing and going to work.
Which makes me wonder: why is this heroine so appealing to me? I think because Veronica Mars is the girl I wish I had been in high school. No, she’s the girl I wish I was now. And I think girls today could do much worse than emulate her.
Here’s why:
1) Veronica is focused on something other than how she looks, getting attention, and being popular. She’s a classic nerd who’s too preoccupied with something important (solving her friend’s death) to care about superficial things. She’s ostracized by her rich classmates, but instead of trying to fit in, she snarkily revels in her outsider status. At her core is an unyielding sense of independence.
2) Instead of being just a fun diversion, technology is Veronica’s weapon and she uses it to uncover and understand the world around her. With PowerBook, Nikon D70, Sidekick, audio & video surveillance equipment, criminal databases, and search engines, she’s fluent in a full arsenal of the latest info technology.
3) Veronica’s constantly questioning the status quo. Something’s rotten in Neptune, and her raison d’être is uncovering its corruption. Veronica figures there’s a reason for everything and that the truth is eventually discoverable with detailed research and persistence.
4) Veronica has a strong relationship with her dad. One of the things I like most about my dad, which I didn’t appreciate until I was in my late 20s, was that he never assumed that I wouldn’t be interested in things like chain saws, water heaters, calculators, card games, and drainage ditches. He explained how machines worked, how things came together, and it gave me the confidence that I could figure things out if I studied them long enough. Veronica’s dad gives her the kind of respect that my dad gave me, and the result is an inquisitive daughter who fearlessly investigates until things make sense.
5) Veronica is a “normal” kid. She works at a coffee shop to save up for college. Her car breaks down. Her apartment is modest. She is far from the fabulous lifestyle most of her classmates lead. Class issues and the desire for money, fame, and power are at the heart of most of the show’s storylines, and it’s refreshing to see an average heroine who doesn’t buy into the cult of celebrity — and who tries to reveal it as total BS. In Veronica Mars’ world, the celebrities are villains, and the everygirl prevails.
Don’t let all these pious qualities fool you, though. Veronica Mars still has all the sex, drugs, and soap-opera-ish intrigue that teens find so alluring. And that’s why I think it’s so powerful. On the surface, it’s another teen drama. But at its center is an authenticity and intelligence that a lot of pop culture is lacking.
TV is a powerful influencer on adolescent girls. A world where Paris Hilton considers herself a role model is a world in need of Veronica Mars.
Veronica Mars airs Tuesdays at 9/8c on the CW network.

Ginger Makela is an advertising Account Strategist at Google, Inc. 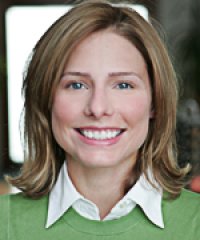